Getting Started with the Disease Plugin

The Disease plugin introduces a disease system into the game. There are a few diseases, and to cure them there are specific antitotes to make. This page will help you cure yourself.

To increase immunity to one particular disease, you are able to craft vaccinations to use on yourself or other players. To do this, just craft a Syringe. You can then craft a syringe with a curative potion you have made to turn it into a vaccination injection for that disease. Use a vaccine on yourself or another player to increase the immunity level to that disease. 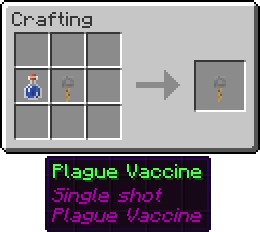 To stay cool, wear less in warmer climates, shelter indoors in desert sun and avoid holding items such as lava buckets. You can also stay cooler by going out at night.

To stay warm, wear more clothes in the cold, light campfires (image below), carry hot items, stay out of water and stay indoors during storms and at night.

You may also alter your temperature by crafting a hot milk by putting milk in a furnace, or adversely a cold water by putting a water bottle and a snowball in a crafting bench. Note that the drink in your inventory will either cool or warm over time, so drink quickly. 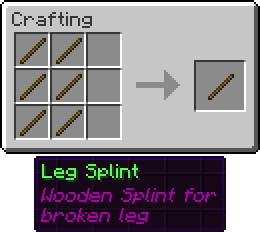 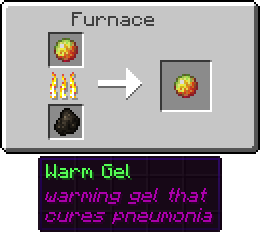 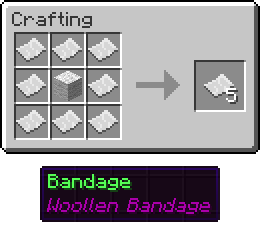 For other recipes in game, use /disease remedy <remedy>